The National Initiative for Human Development (INDH) celebrates on Tuesday its 16th anniversary under the theme « COVID-19 and Education: Assessment and prospects to preserve the achievements », said a statement by the national coordination of the Initiative. 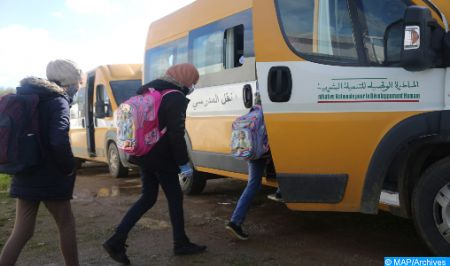 Launched in 2005 by His Majesty King Mohammed VI, the INDH celebrates this May 18 its 16th anniversary in a context marked by the pandemic of COVID-19 which continues to plague and impact the socio-economic conditions of the populations, underlined the statement.

The choice of this theme is justified by numerous studies that have demonstrated the negative impact generated by the pandemic, particularly on the education sector, despite the significant efforts made by the Department of National Education.

Quality, inclusive and equitable education is at the heart of the objectives and prerogatives of Phase III of the INDH, as recalled by the Royal message addressed by the Sovereign to the participants in the first National Conference on Human Development, held in September 2019 in Skhirate, noted the national coordination.

As part of the actions aimed at reducing inequalities in education and contributing to the promotion of human capital, the INDH has led several interventions related to the field of education, including through its program 4: « Boosting the human capital of rising generations ».

Support for pre-school education is a major focus of this program, given the significant impact of pre-schooling, notably in the fight against school wastage, access to elementary school and overall improvement of the educational trajectory, which ultimately contributes to the improvement of the national index of human capital, increasing the average duration of schooling, noted the same source.

The ambition of the INDH is to support the generalization of pre-school education, especially in disadvantaged rural areas. Since the launch of the 3rd phase of the INDH to date, about 6,200 pre-school units have been programmed in rural areas and more than 2,600 have been opened, mobilizing more than 3,300 educators and allowing the pre-schooling of 75,000 children, of which 18,000 have already integrated the primary cycle at the start of the school year 2020/2021.

Within the framework of the impulse of the human capital of the rising generations, the INDH grants a major importance to the blooming and the school success through actions of promotion of the extracurricular activities, school orientation and support to educational assistance.

In this context, and to contribute to the fight against school wastage, the year 2020 was marked by the acquisition of 110 school buses for the benefit of more than 10,000 students, as well as the construction, development, equipment and operation of Dar Talib/Taliba providing accommodation service for more than 11,400 students from rural underprivileged backgrounds.

The INDH has also contributed 110 million dirhams to the financing of the Royal Initiative « One million schoolbags » which has benefited, under the 2020/2021 school year, more than 4.5 million students at the primary and secondary levels, at a total cost of about 500 million dirhams, the statement noted.

In addition, as part of the participation in the remediation of the impact of the Covid-19 pandemic on learning, the INDH has implemented in 2020 an audiovisual project aimed at developing a TV content presenting educational and playful activities to children. The ATFALOUNA program, broadcast on Al Aoula TV channel and YouTube, was launched to ensure the continuity of preschool services during the specific context of the lockdown imposed by the Covid-19 pandemic. 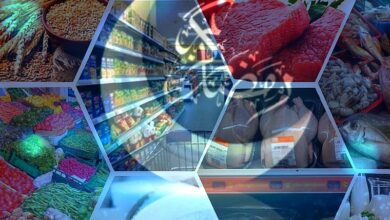